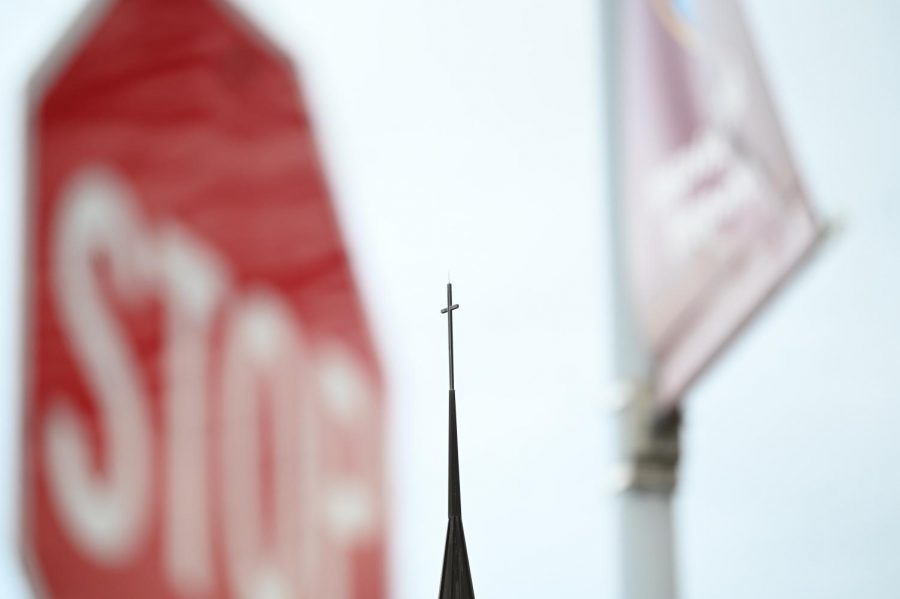 De Smet is a place I have called home for the last three and a half years of my life. It truly has been a home to me and I will never take for granted these formative years of my life but, there can always be improvements to this great school. Right now, I see an opportunity to create an atmosphere of even more inclusivity and involvement. That comes in the form of listening to the perspectives of non-Catholic students.

While De Smet is a Catholic institution, there has been an increasing number of students, like myself, who don’t follow Catholicism. This could be where problems stem. Of course De Smet should continue to teach the Jesuit ideology it was founded on, it is who we are as a school and a community while it what sets us apart from many high schools in the area. But, in a time where De Smet has become more and more diverse as a school, there is a greater opportunity to get everyone involved.

This is not just my opinion, but some of my non-Catholic peers have expressed similar views on the matter.

“There are some cases where Catholicism can be very pushed at the school,” Senior Dominic Del Pietro said, “There can be a sense of guilt, where if you don’t participate in all the religious rituals you are looked at differently.”

There are a lot of amazing things that go on at this school and everyone in and around the building recognizes that, I think that is part of why De Smet is so special. Dr. Cox sums it up perfectly.

There is an opportunity to study some of the different belief systems students have, as we gear up towards black history month we want people to be aware of that.””

De Smet has come so far recently on working to become more inclusive but we just need to keep focusing on finding the students who feel voice less and give them a voice. As Director of Diversity and Inclusion, and the moderator of the Black Student Union (BSU), Dr. Aedryan Cox talked about listening to others.

“There is an opportunity to study some of the different belief systems students have,” Cox said, “As we gear up towards black history month we want people to be aware of that.”

There are students who feel a little left out, so there has to be ways to get their opinions to be heard. But how can that happen without backpedaling on our Jesuit identity that makes the school what it is?

I think the answer is clear communication. Non-Catholic students should have a way to express their concerns to the school in a comfortable setting. Whether that is through a club, or have a trusted group of students present ideas to the administration it doesn’t really matter. Everyone just wants to be heard and have their problems understood and, hopefully, try to find a more inclusive solution.

Although there is somewhat of an issue, overall the school has done a really good job recently getting everyone involved and making the high school experience the best it can be. Even the non-Catholic students can see the value in what De Smet does.

“Most of the time, the Catholic principles translate well to my life.” Senior leader in the BSU T.J Woodley said, “I have learned a lot by talking to people who don’t believe the same thing as me.”