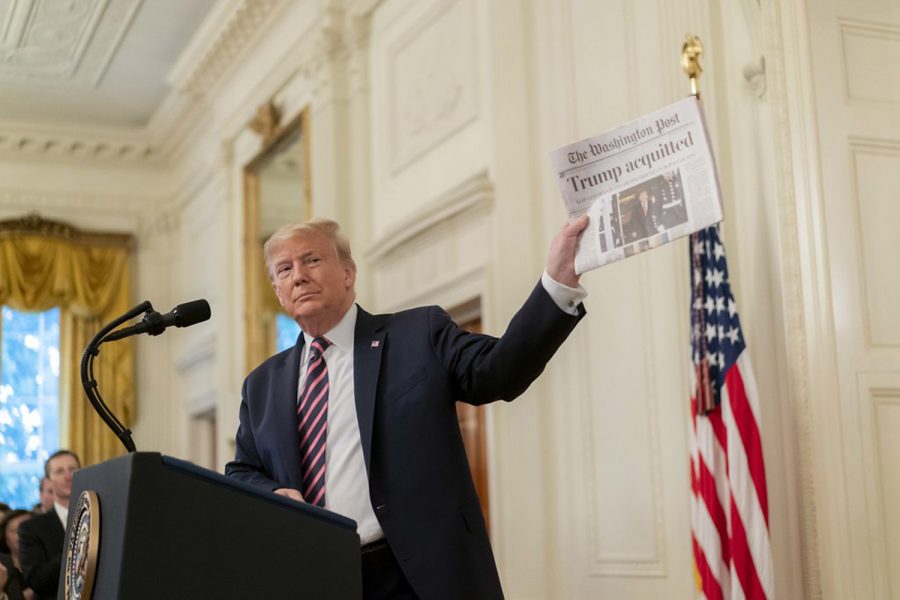 President Trump shows the Washington Post article written about him being acquitted.

Did the Impeachment Help or Hurt Donald Trump?

A two-sided opinion piece on the harmful and helpful impact that the recent impeachment process had on President Trump.

Senior Sebastian Martin gives his opinion on the impeachment process of President Trump.

The Democrats screwed up in impeachment and it will help the Republicans in reelection.

By now you have heard of the impeachment of Donald Trump and the divide it has created throughout our country. Whether or not you support this effort by the Democrats, it is clear the divide between the Democrats and the Republicans has grown as a result of it. But where does this leave the independents? After all, the independent voters are the ones who will decide the election in 2020. First, it is important to examine the charges brought against Donald Trump in the impeachment case. Whether or not you want to believe it, Trump’s “impeachable” offense is the kind of old school horse-trading that occurs every day behind closed doors in Washington. After all, that’s why most people can’t trust politicians. Honestly, the charges against Trump seemed rather innocuous compared to Trump’s long shady personal history, controversial statements, and closed-door reputation he was elected with.

Along with the lack of evidence and minority in the Senate, the Democrats knew that this impeachment case would never lead to the removal of Donald Trump. So, why did they push forward? Especially with an election right around the corner, why wouldn’t they leave it up to the voters? It is clear that the democrats were trying to taint the president’s image before the upcoming election. However, this led to many republicans and independents viewing the impeachment process as being used for political gain. This fired-up the republican base who felt as if the house of representatives did not care about their voice by trying to overturn their 2016 votes and refusing to leave it to the 2020 votes to determine the fate of Donald Trump.

The excitement to support the President, by his base and many independents, led to a record-breaking one hundred million dollars in donations throughout the impeachment case, from over one million new donors. Along with this, a Gallup poll immediately following the acquittal of Donald Trump showed that the president’s approval rating soared to the highest rate since he entered office at 49 percent. So, how will this renewed excitement for the president turn out in a general election? Well, if the primaries in New Hampshire show how Donald Trump may perform in a general election, he is in good shape. Donald Trump broke records surpassing the New Hampshire Primary vote total of every incumbent President running for re-election over the last four decades. Even with no serious primary competitor, Donald Trump managed to mobilize his base to go out to vote. This should show how fired up the Republican base is and should worry many democrats about their fate in 2020. Speaker Nancy Pelosi previously held a position against moving forward with an impeachment inquiry citing that it would divide the country. Well, she was right and it proved to help President Trump gain support from undecided voters and blow out his fundraising goals. 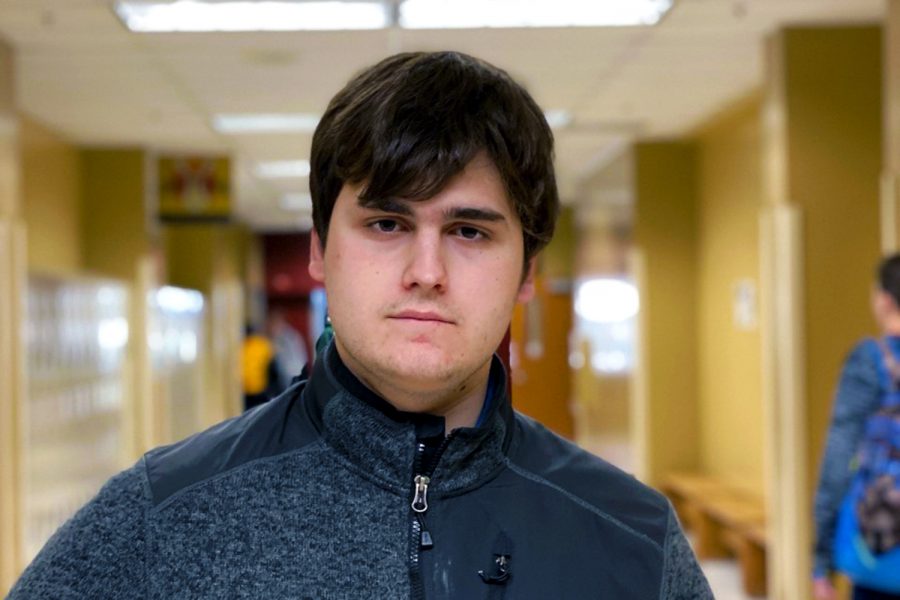 Senior Adam Mertens gives his opinion on the impeachment process of President Trump.

The impeachment trial of Donald Trump while ending in the president’s acquittal could be interpreted as not a total loss for the Democratic party.

First off the entire ordeal could be viewed by most as an attempt by the Republicans to cover up Donald Trump’s abuse of power. During the trial, the Republicans voted down allowing witness and new documents to be submitted to the trial preventing key information to be used within the senate. This could become a very sharp sticking point for Republicans as according to a poll from Quinnipiac University, 75% of voters surveyed were in support of calling on witnesses. Along with this, 49% of those who identified as Republicans were in favor of witness and 95% of Democrats said the same. This could show voters that Republicans were ignoring the opinions of the people they were elected to represent, possibly swinging undecided electors to vote Democrat.

Another one of the unforeseen surprises was Mitt Romney’s breaking of Republican rank to vote guilty on the first article of impeachment (Article 1: abuse of power) was an undeniable blessing for Democrats. This crossing of party lines has no doubt put him in the crosshairs of Trump and his supporters as Romney represents the looming problem of more traditional conservatives refusing to follow step with the president and his rhetoric for one reason or another. Mitt Romney’s speech on the Senate floor could serve as a rallying cry for other Republicans like him who are scared to speak out against the president for fear of being berated by him and his supporters.

Either way the president being impeached will remain to be a permeant stain on him and his reelection campaign. Even so, Democrats still have a long way to go from breaking his support in a more conservative area, but from my perspective on the last current events, the impeachment trial was an overall positive for the Democratic party.