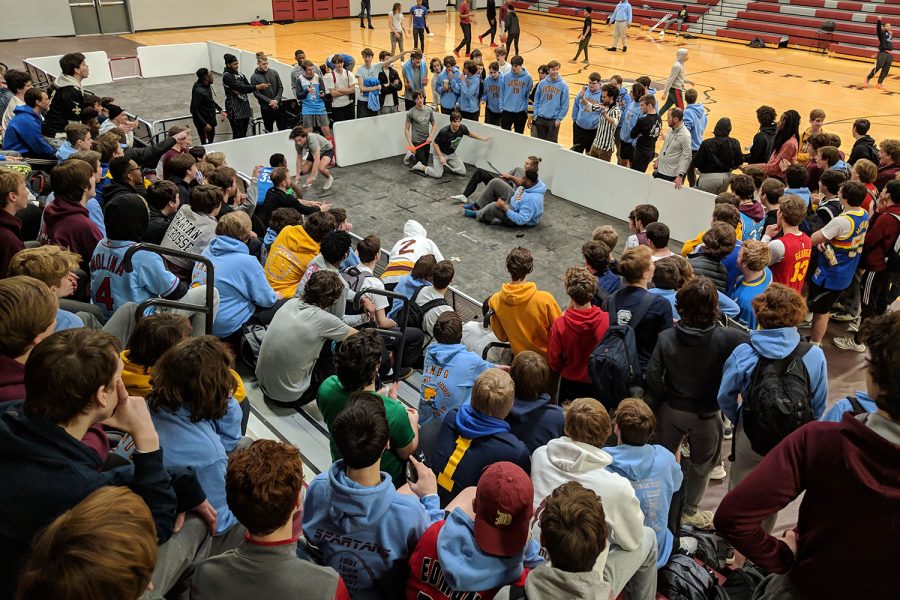 As the final game comes to a close, the crowd around grows to spectate to see who wins.

The 3v3 basketball championship was a game for the books. It was a match between an impressive group of seniors who do not play basketball, and a group of juniors that consisted of some varsity and JV players. It was a back and forth game, the score leader changing every minute. When it came down to the final seconds, the juniors were unable to stop seniors Dylan Radke, Luke Wetzel, Josh Lindell, and Joe Dickson. The four seniors were all putting on a show, the occasionally three from Dickson or the drive from Wetzel. The seniors pulled out with a 12-9 win, although it was no easy battle.

“I was pretty confident we were gonna win the championship from the beginning,” said Radke. “It was a good feeling to compete and win against some true basketball players.”