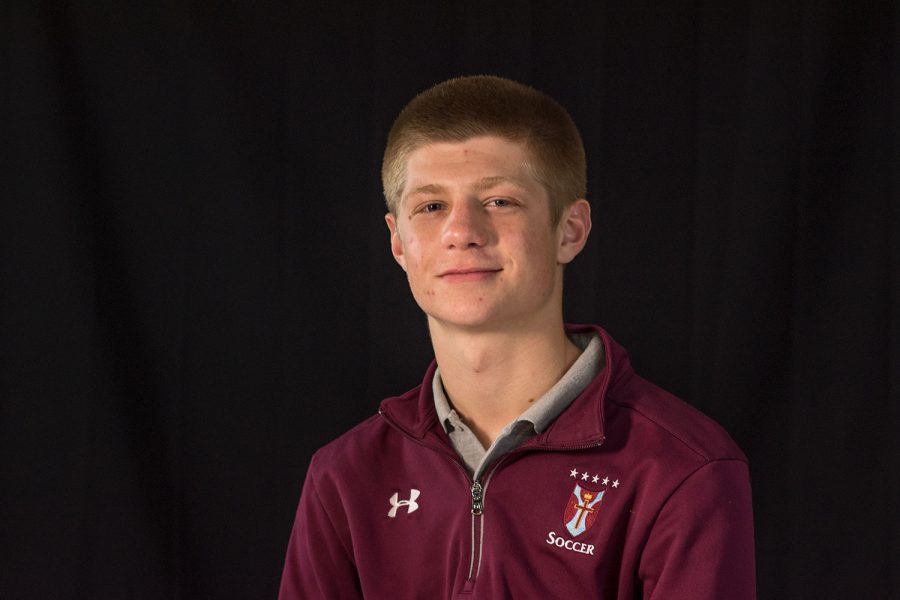 The digital clock on the bedside table showed 10:53 p.m. Wednesday was always a late night for Coach Andrew Sanford in his two-story house in Palo Alto, California. He always dedicated this day of the week to watching their game film over and over preparing for the upcoming game. Basketball in the San Francisco Bay area is nothing to take lightly.  Being the coach of Palo Alto High School in the middle of San Francisco, there was not much he did without it being basketball related.  All he could think about was keeping up the good season that he was working on, in hopes of moving his way up in the ranks and making a name for himself

As he prepared to turn the television off for the night, the phone began to ring. Coach Sanford muted the screen and quickly checked the caller ID on the phone. It read “unknown caller.” He decided that it was too late and let the phone ring as he made his way up the stairs. He could not help but wonder who was calling him at such a late hour. He fell asleep, just thinking who it was.

The next morning, Coach woke up before his alarm went off. It was his phone ringing and displaying the “unknown caller” on the ID. Since he had a little time before his day started, he decided to  answer it.

“I’m doing just fine how’re you?” Coach responded. He began to wonder what such a prestigious school like St. Anthony was doing calling him. They were undefeated and ranked number one in the state. Palo Alto was ranked a little bit behind at number twenty-two. Was this the call he had been waiting on?

“I’m great, thanks. Listen, I wanted to talk to you about a coaching job over here at St. Anthony’s. Our head coach just left to go coach at some fancy college and we thought you’d be the perfect person to come on down here and fill the gap,” Chris said

At first, Coach Sanford did not know how to react. Of course, he had always wanted this but now that it was here, was this the right thing to do. He thought about his team, his players, all of his progress this season. And he would be throwing it away for what? Only a few ranks higher? But on the other hand, he thought, maybe the same thing that happened their old coach could happen to me.

It felt like ten hours had passed since the question had been asked. “Chris, I…I don’t know what to say. I appreciate the offer, I really do. But I have to be at practice in about thirty minutes so I’ll have to get back to you on that.”

“Hey, no pressure Andrew. You just give it some thought and get back to me as soon as you can,” Mr. Perkins responded. Somehow, this laid-back response only made Coach’s heart race faster and his stomach began to hurt.

“I will. You as well,” Chris said right before hanging up the phone, leaving coach in silence.

The first thing that popped into Coach’s head after he hung-up the phone was the money. If he was able to lead Palo Alto this far into the season, just think about how good he would do if he had the players down at St. Anthony’s. There would be championships, press conferences, college offers, all of the spotlight you could think of. He came to the conclusion that he would call back Chris Perkins tonight after practice and tell him the good news, that he had decided to take the offer.

Coach Andrew arrived at 8:45 a.m. for 10 a.m. practice like he always did.  As he set up drills for the day, he was surprised to see two players already shooting around on the far basket, farthest from the door. The players there were the best on the team. One of them was their point guard, Harrison Solich, who was a 5’11 160-pound senior who had just moved to California a couple of months before the season started. The dark, mop-like hair that sat on top of his head drooped down into his eyes, causing him to be constantly flipping it to the side. He worked harder than anyone Coach had ever seen. Then there was Landon. He was only a couple of inches taller than Harrison but probably had thirty-five pounds on him. The teams star shooting-guard, he had blonde hair with long, lengthy arms and hands that looked like they could palm an exercise ball. Another thing, he and Harrison were best friends, on and off the court.

“Just getting some shots in before practice,” Harrison answered.

“Alright well, I’m not going to stop you guys just yet. You keep going,” Coach said.

As the boys got back to work, Coach Sanford began to grab the cones out of his bag. These boys are always working. I wish the whole team worked as hard as they do, Coach thought to himself, as he stopped to take it all in. They are up and done with their workouts before most guys get out of bed on some days. He began to wonder if he had ever seen two people that were more hard-working than Harrison and Landon. He hadn’t.

The clock hit 9:30 a.m. as coach finished setting up his last drill. More and more players from the team began to sprinkle in the gymnasium doors.

“What’s this, you guys?” Coach asked the players.

Landon stepped in this time. “We thought we would have everyone come in a little early and go over some plays and work on some things for tomorrow night.”

Coach got to thinking again.  Not only are they the two hardest workers I have ever seen, but it is rubbing off on the rest of the team.

“You don’t say,” Coach said right back. “I like that Landon. You keep doing what you’re doing.”

“Thanks, Coach,” Landon responded, as he huddled everyone up to talk about what they were planning to work on.

That night, Coach sat at home on the couch, relaxing after a long morning. He remembered that he was supposed to call back Mr. Perkins and give him his answer on whether he was going to stay, or leave. That was probably the last thing he wanted to do. With what he had seen at practice, he was not sure if he still wanted to leave. He still thinks about the money and the fame but he also thinks about this own team. How they had gone to practice early and were doing extra work on their own without being told. That was what being a coach was all about. Not just working at the scheduled practices, but the need to rub off on your players and have them be working all the time.

The clock next to the couch said 9:45 p.m.. Coach Sanford decided that night that he would not be finalizing his decisions to leave or stay. Instead, he called one the oldest, best coaches he’d ever worked with. Coach Richard Valiant was the head coach at Coach Sanders first coaching job as an assistant at Westmont High School down in San Jose. The guy had to be at least seventy-five years old now. But he and Coach Sanford had always kept in touch, texting each other every so often just to see how the other person was doing. He dialed the number.

He answered, “Hey how are you doing Andrew? Good to hear from you, what’s going on?”

“I was just calling to see how you’re doing. I Got something I needed to talk to you about,” Coach Sanford said.

“I just got a call from St. Anthony’s and they want me to be their new coach. But I would have to switch in the middle of the season.”

Coach Valiant told him about why he became a coach. “I did not do it because of the money or the championships or the recognition. The winning was just a bonus if I was able to accomplish my original goal. And that was working with kids to help them improve to the best of their ability. Not bouncing around from school to school looking for the better paying job or the higher ranked team,” He said.

Immediately after the call ended with Coach Valiant, Coach Sanford began to think about his team. They were not the best team around and the definitely did not have the best players. But they were the hardest working team he had ever seen. He thought that if he could help just one player move on to the next level, all of his years of coaching would be worth it. It also popped into his mind that he would be abandoning Harrison and Landon. He could not just leave them behind, could he?

After sitting alone in the silence of his home, he decided to sleep on it. As he made his way up the stairs, he almost felt relieved that he had not made the mistake of locking in his decision that night. That night, he sat in his bed thinking about what he would be giving up. Losing his successful season, his reputation and the idea of letting down his players made his stomach feel like it had just dropped. But he also began to think about all of the opportunities, the money, and the prestige that would come with taking the job. It felt as if he had fallen asleep the moment that his head hit the pillow.

The next morning when he awoke, Coach jumped right into his game-day routine. He went right down to the kitchen and immediately began making his personal breakfast of champions: eggs, hash browns and bacon with a single biscuit. The time between breakfast and game time always seems to fly by when Coach does all of his last chance preparations. It was not until he walked into the locker room and saw all of the players lacing up their shoes that he began to start thinking about the coaching offer.

After the game had ended and the post-game locker room meeting had come to a close, he went into his office. The had smashed the other team 76-41 and they obviously could have run the score up, but Coach Andrew never let his team do that, no matter who they played against. When Harrison and Landon walked past the door to his office, he called after them.

“Yeah what can we do for you?” added Landon

“What I just saw out there, is that something you two can make a habit of? Do you think you boys can have that kind of effort every game we play from here on out?” When he said this, he expected a modest response or something along the lines of “We’ll try.” But what he got was completely different.

Both of them looked at each other, then back at Coach, “Absolutely,” they both said.

Coach reflected back on his conversation with Coach Valiant and everything that he told him. “Thanks, guys. Good to hear. You guys are free to go.” he said to them.

“No problem, Coach thanks.” Harrison said before making his way towards the door to leave.

“Hey son,” Coach said, “you played a hell of a game.” It was at that moment that Coach knew with absolute certainty, he did not want to go anywhere else.

Landon looked back, “Thanks, Dad.”