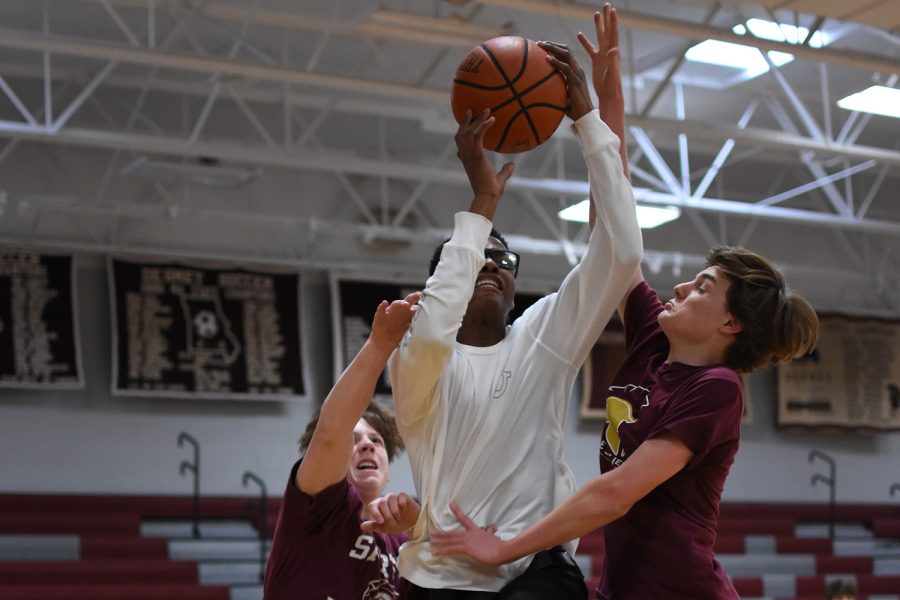 Student goes up for the layup while trying to draw the foul.

It came down to the last couple minutes to find a champion in the 3 on 3 tournament, but then Grant Western took over. The junior knocked down four straight three pointers to give his squad the championship.

“I think our chemistry made us better than other teams because all four of us play for the school and know each other’s strengths and weaknesses,” Goodwin said, “Sure, we all do play on varsity, but there was some tough competition along the way, it definitely wasn’t an easy road to the championship.”

One of the highlights of this tournament was when Barfield threw a between the legs alley oop to Goodwin in round one of the tournament. At that moment, the gym went crazy, kids were in shock with what they saw.