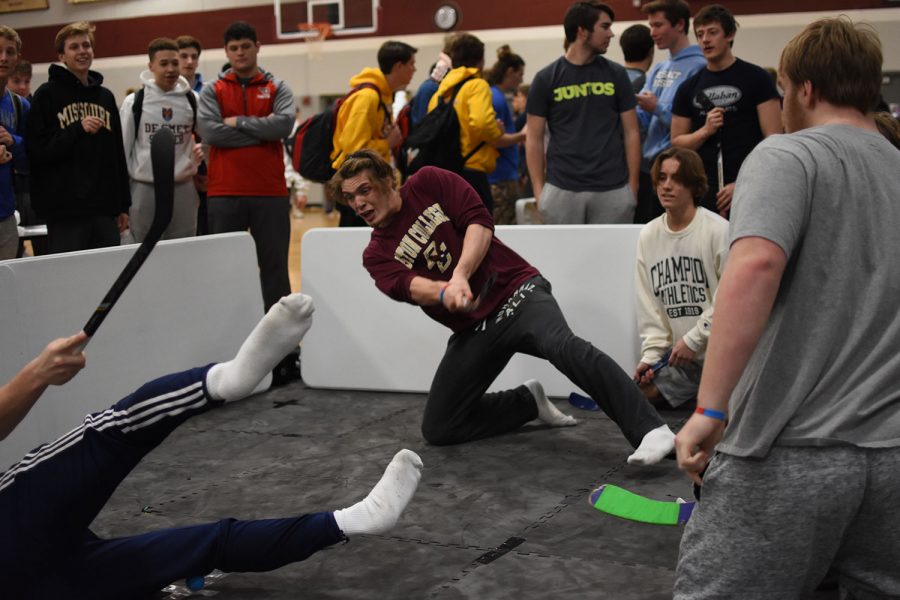 Senior Will Oliver whacks the shinny ball as hard as he can, hoping to score a goal.

The Seniors won the final 2-0 with goals from Schoenig and Ziercher. Cunningham was in net and completed the shut out to win it.

Their team took the lead after a controversial goal was called a good goal. Then minutes later Schoenig shot the ball and cemented a 2-0 lead.

“My adrenaline was pumping and my heart was racing,” Schoenig said. “I knew I had to put my body on the line for my team and my school.”

Shinny Hockey at De Smet is one of the most popular Mission Week activities to partake in and to spectate.

“I think it’s a good mix of strength and skill,” Schoenig said. “Kam and I are known for our strength so we wanted only one of us out there at the same time, so we could have a skill player like Grant of Kenny out there. We wanted to keep it exciting.”