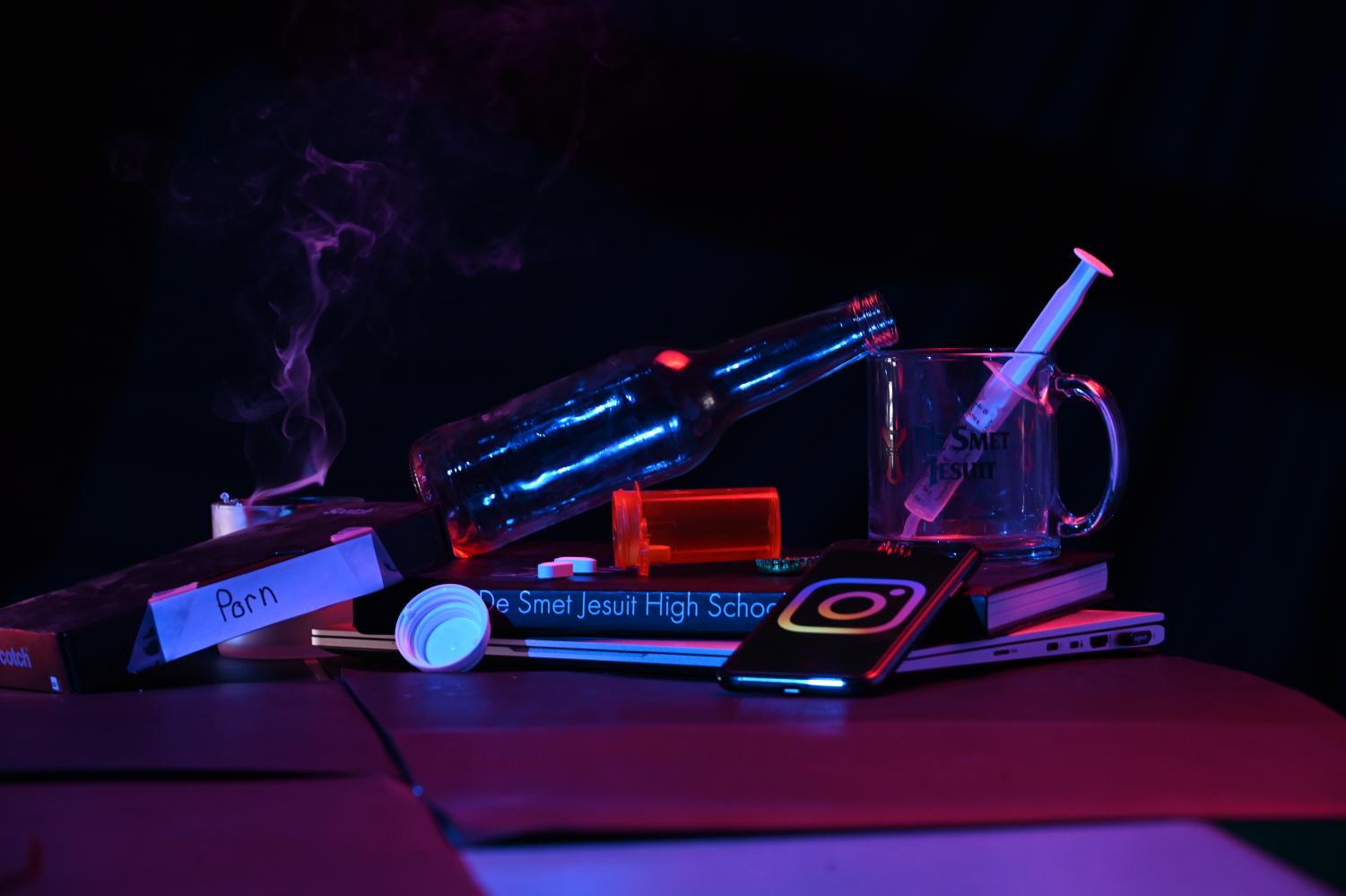 Addiction is a serious issue in our society and in our schools. (Will Hanson)

Addiction is a serious issue in our society and in our schools.

*Disclaimer: in order to protect the confidentiality of the subjects, all names in article replace the subjects’ real name*

13-year-old Jesse* was racked with nervousness as he vented into his first high school party. Around him were older teens of which he did not know. There were loud music dim lights and a lot of alcohol. Wanting to fit in and calm his nervousness he had his first drink. Like Jesse, approximately 2.3 million Americans between the ages of 12 and 17 started to drink alcohol at this young age.

“I felt I needed to drink to fit in,” Jesse said. “I liked the effect it produced, so I drank more. I was 13 years old when I took my first drink. I was 14 when my first alcohol-induced blackout occurred.”

Jesse was always curious about other substances and how they altered his states of consciousness and it wasn’t long before he started experimenting. In 2017, 1.2 million Americans between the ages of 12 and 17 and 525,000 Americans over the age of 26 used marijuana for the first time.

“Alcohol opened that door to altered states of mind,” Jesse said. “After trying alcohol, I began experimenting with pot around the beginning of freshman year.”

I often use my phone as a crutch in awkward situations. Although this helps in the short term it also isolates me and keeps me away from being in the moment. ”

“I know I am addicted to my computer I just don’t really like admitting it,” David said. “I game to escape my problems, my homework, and sometimes my family. When I game I am able to escape to my safe place away from others.”

One of the addictions becoming prevalent in teens is the device people take with them everywhere: their phone. Phone addiction has grappled at a younger generation whose average screen time is 7 hours and 22 minutes a day. Apps like Instagram and TikTok, which offer an unlimited feed, are designed to trap kids into scrolling for hours and hours of time. Apple has introduced a program called Screen Time to curb the issue.

“I hate when my parents tell me I am addicted, but when I look at my screen time I know it’s true,” Brad said. “Even when I tell myself I am going to put it down I become trapped in it and I know it is badly affecting my grades.”

“I often use my phone as a crutch in awkward situations,” Brad said. “ Although this helps in the short term it also isolates me and keeps me away from being in the moment. This also leads to why phones can feel so isolating. We see all these people pretending to have fun and our fear of being left out kicks in and makes us depressed and more anxious which fuels our need to go on our phones even more.”

With the invention of Juuls, devices that heat up a liquid with nicotine in it and create a vapor that people inhale, teens are finding a new way to become addicted to nicotine, a highly addictive chemical. This comes just as smoking comes to an all-time low in the US.

“I remember everyone was doing it, even in school,” Robert said. “My friends and I became instantly hooked and although there have been periods of time where I have quit it is very hard.”

You are not alone. You are not weak. You are an amazing human being regardless of what has happened in the past. You are worth it. You are capable of giving and receiving love. I love you, and so do many people in the DeSmet community. A majority of us want to see you succeed, so do what is necessary to do so.”

Teens who abuse drugs have lower grades, a higher rate of absence from school and other activities, and an increased potential for dropping out of school. This is partly because when you use drugs it interferes with the way that neurotransmitters function and in turn this affects how you think, learn, concentrate, retain, and remember things.

“Eventually, my grades plummeted largely due to the fact that I was never not high in school,” Jesse said. “ I told myself that smoking pot helped with my depression and anxiety, and to be completely honest, in the short term, it does. But in the long term, it greatly increases both of these. So, over time, pot stopped working and I became severely anxious and depressed.”

According to the National Institute of Drug Abuse, addiction is a chronic disease characterized by drug or activity seeking and use that is compulsive, or difficult to control, despite harmful consequences. As Jesse’s problems grew worse as time went on he began to see behind the drugs and noticed how these substances were affecting not only others but who he was as a person.

“I felt ashamed, I felt weak, not good enough, less than. No guy wants to admit that they cannot do something on their own.” Jesse said. “I was ashamed because I practically lived a double life when I was at De Smet, and I felt like I had let down a lot of people who counted on me. I was broken down.”

For many people, addiction can be so intense the withdrawal, or what happens after a person is off the drug or activity for a certain amount of time, is unbearable. This can include depression, paranoia, nausea, headaches, and many other intense physiological and physical symptoms. In order to dispel these negative withdrawal symptoms, people keep using the drug inducing a cycle of addiction.

“The recovery process is very difficult, but at the same time, it is very exciting,” Jesse said. “As an addict, I did not like parts of myself, so I would use to either numb that out or in hopes of forgetting or not caring about it. When I sober up, I have no choice but to accept myself for who I am, and to implement healthy things that I genuinely enjoy doing into my life as opposed to turning to drugs and alcohol constantly.”

Everyone overcomes addiction in different ways, but help is available all over. Just in a 2-mile radius of DeSmet, there are five rehabilitation centers. Admitting you need help, seeking help, and recognizing the best program and strategy for you to quit is the most effective way to slowly make a recovery out of addiction. It is a hard process to start and it is not linear, 40-60% of people relapse in the first year, but the most important thing is to keep moving.

“You are not alone. You are not weak. You are an amazing human being regardless of what has happened in the past. You are worth it” Jesse said. “You are capable of giving and receiving love. I love you, and so do many people in the DeSmet community. A majority of us want to see you succeed, so do what is necessary to do so.” 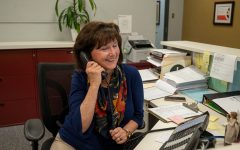 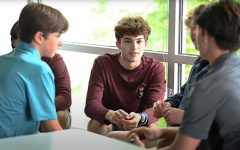 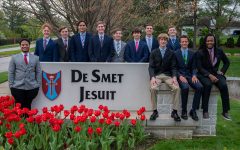 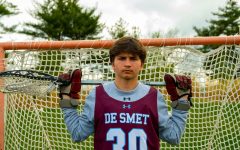 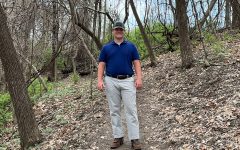 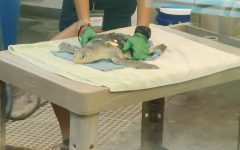 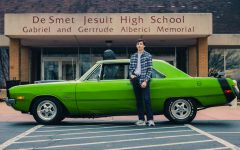 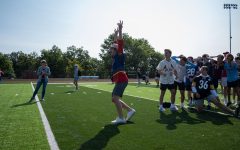 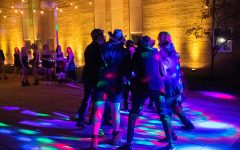