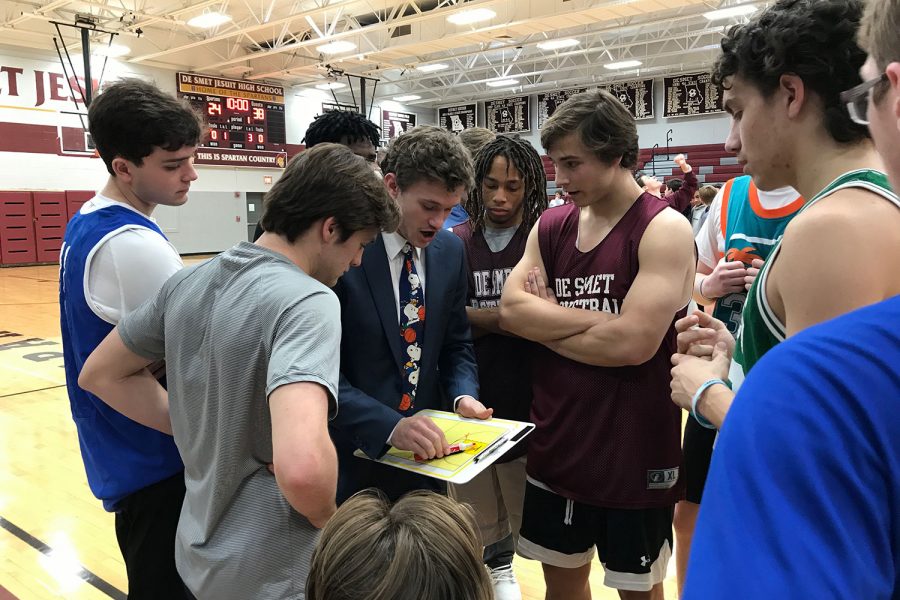 Senior Grant Western diagrams a play for the senior basketball team Feb. 22 during the Senior vs. Alumni basketball game.

To close off the week, STUGO held an all-school assembly to congratulate the students on raising money for the missions. During the assembly, the rock, paper, scissors championships were held. The finals consisted of sophomore Joseph Hartrich from Webster vs. senior Sean Gerty from Kirkwood. It was best of three and it went to three but in the end, Gerty pulls off the win with a solid throw of a rock.