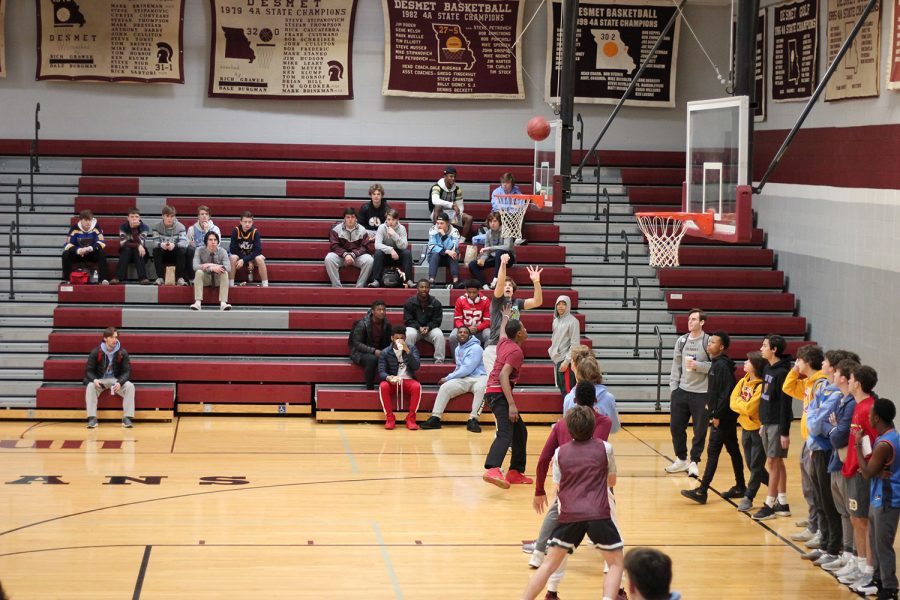 Senior Luke Wetzel steps back and shoot a three pointer to extend their lead.

Senior Brent Roberson won the round robin ping pong tournament for this year’s Mission Week. As winner, he was awarded the chance to compete against David “Profe” Cabrera, who played at Lindenwood college.

“I’m just happy that they’re playing table tennis,” Cabrera said. “I love to see the competitiveness between kids and I also like how it caters to the injured kids who can’t play in other tournaments.”