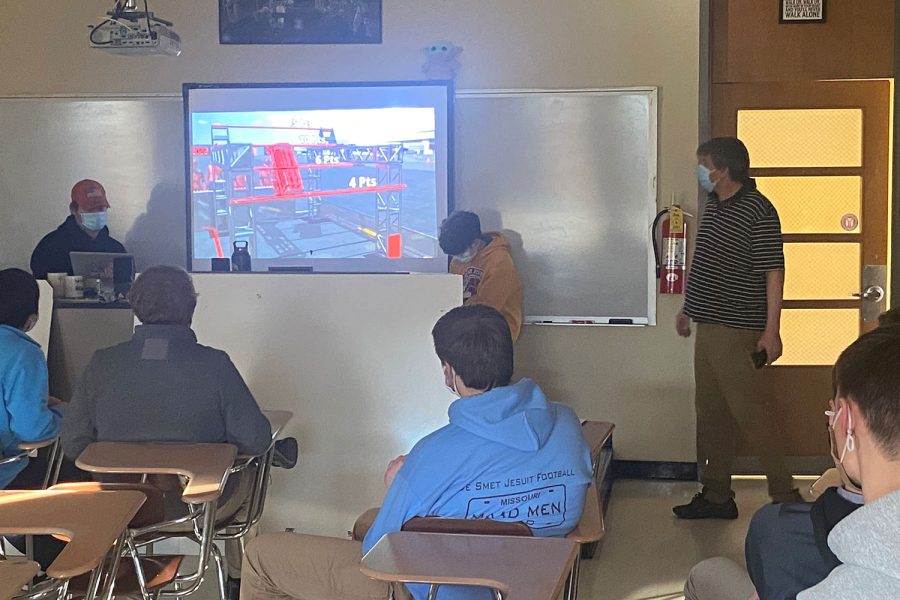 DURT robotics team received their objectives Tuesday for the 2022 FIRST Robotics Competition (FRC) that takes place March 31 and April 1. DURT has now begun the preparations for the event and are taking on the challenge led by robotics moderator Robert Behm and team captain Austin York.

“I would say they’re going easy on us compared to last year and previous years,” York said. “We have to basically do two things and I feel like if we can get to it quickly and work together and combine our intelligence we can do it pretty well. I think we have a 15% chance to win.”

Each match lasts two minutes and thirty seconds with the objectives being to put balls into a hoop and near the end of allowed time then both teams try to hang the robots on 3 poles of varying heights. The points system is as follows: Shooting the balls into the hoop gives you 2 points, dumping a ball into the hoop gives you 1, the lowest pole gives 4 points, the medium height pole gives 10 points, and the tallest pole gives 15 points and the team with the most points wins the match.

“The importance of the FRC event is that it is a sport of the mind,” Dr. Behm said. “The students get to learn, create, and compote in robotics in an academic subject area with the goal of earning the chance to go to Texas for Nationals.”