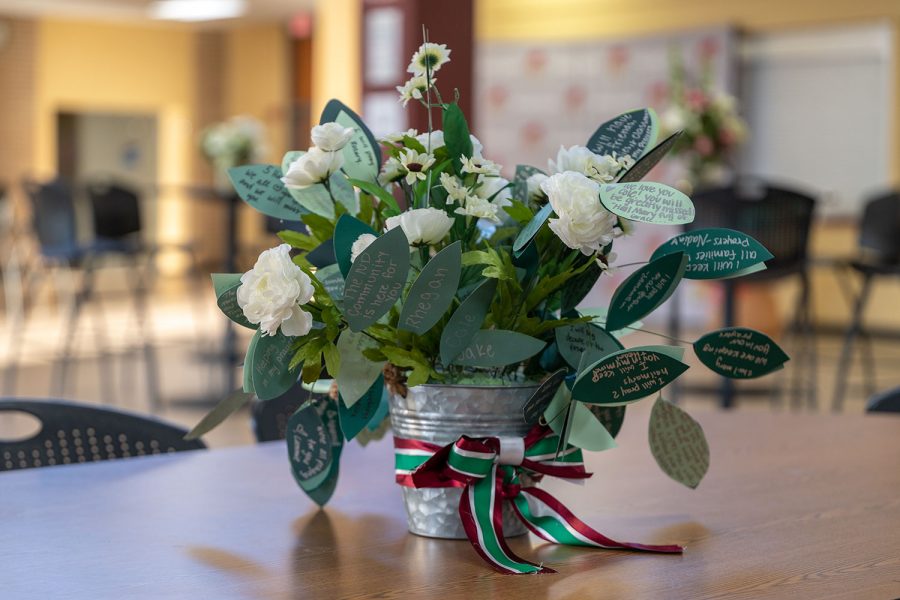 Flowers of condolensces are spread throughout the school today as faculty and staff pause to mourn the loss of sophomore Cole Anello.

Students, faculty, and staff pause today to mourn the passing of sophomore Cole Anello who died on the morning of Nov. 14.

For a week, teachers, classmates, teammates, and friends have been grieving the loss of Cole. Today they said their goodbyes at his funeral mass at St. Monica Catholic Church.

Sophomore Luke Gresso, who played soccer with Cole, said it’s been hard. but as the week went on, it began to really set in what happened, and the pain is never going away.

“Being here today I realized he was really gone,” Luke said. “Today’s service and his uncle speaking really helped me get closure.”

Sophomore Gianni Vigna, who played soccer and had a class with Cole, said at the beginning of the week it was a struggle to focus on school, and that not being able to see Cole in class was difficult.

“Being around my classmates and getting through this together has really helped me process Cole’s death,” Gianni said.

Cole’s Homeroom teacher Kennedy Phillips said you can never be prepared for this as a teacher or as a friend.

“I don’t know if it’s something you really move on from,” Mr. Phillips said. “It’s not something you pretend never happened. You learn from the experience and don’t forget who he was.”