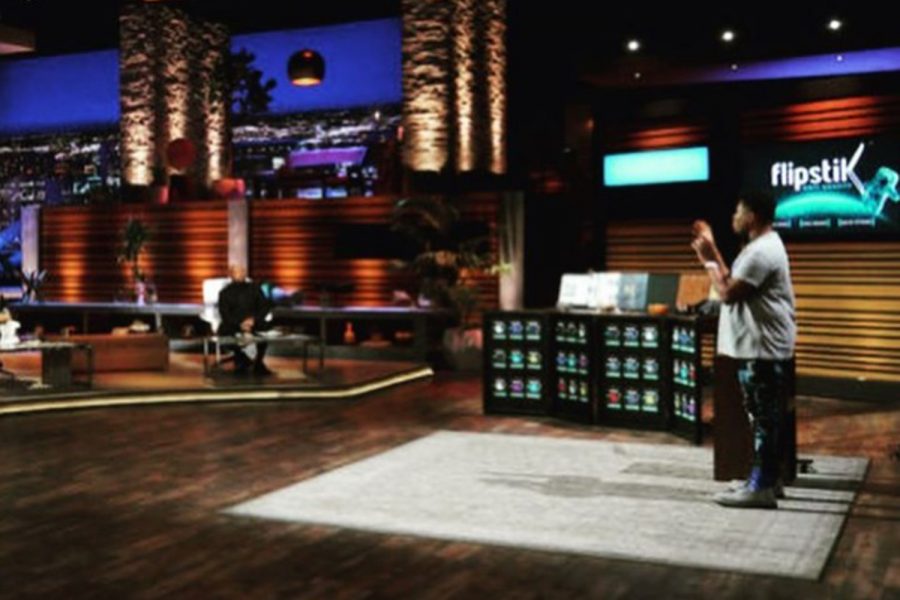 From losing his college scholarship to being on Shark Tank, Akeem Shannon has hit big with a revolutionary product.

After attending De Smet, Akeem lost his scholarship to Howard University to study chemical engineering, so he took his chances in sales to compete with his friends who would graduate in 3 years.

“It was the hardest phone call I’ve had to make to my parents, “Shannon said. “They had sacrificed everything to get me to that point and I felt like I had thrown it away.”

Despite adversity, Shannon was determined to show his parents that he was still going to work hard.

“I began working for Verizon and became the top sales rep for a Fortune 500 company,” Shannon said. “By the time my friends graduated, I was making more than any of them.”

One night, Shannon was on the phone with his uncle, who is a NASA engineer. They were discussing a long-lasting adhesive that NASA had researched in the 1970s. Akeem began brainstorming ideas of a product that he could bring up on his own. Similar to a “pop socket,” Shannon’s product is a small device that can be stuck on the back of someone’s phone and can make the phone able to be stuck to any surface.

“I thought to myself, ‘This could work,’ and began researching,” Shannon said. “I got on YouTube and taught myself how to write my own patent and how to write my own trademark. I launched my kickstart campaign and that’s how I got where I am today.”

Shannon’s product, Flipstik, blew up in the two years it has been on the market, producing over $115K in sales and winning first place at the 2019 CES retail pitch competition by TechStars and then most recently having a chance to pitch his idea on the show, Shark Tank. It was admired by the sharks because of its simplicity paired with its convenient functionality.

Shannon made a deal with millionaire Lori Greiner and was satisfied with the outcome of his pitch to some of the best businessmen and women in the world. She gave him an offer he couldn’t resist and so of course he took the final offer which was $100,000 for 25%.

“She was my dream shark and who I really wanted to work with,” Shannon said. “When she put a deal on the table, I had to take it.”