LeBron James is the GOAT 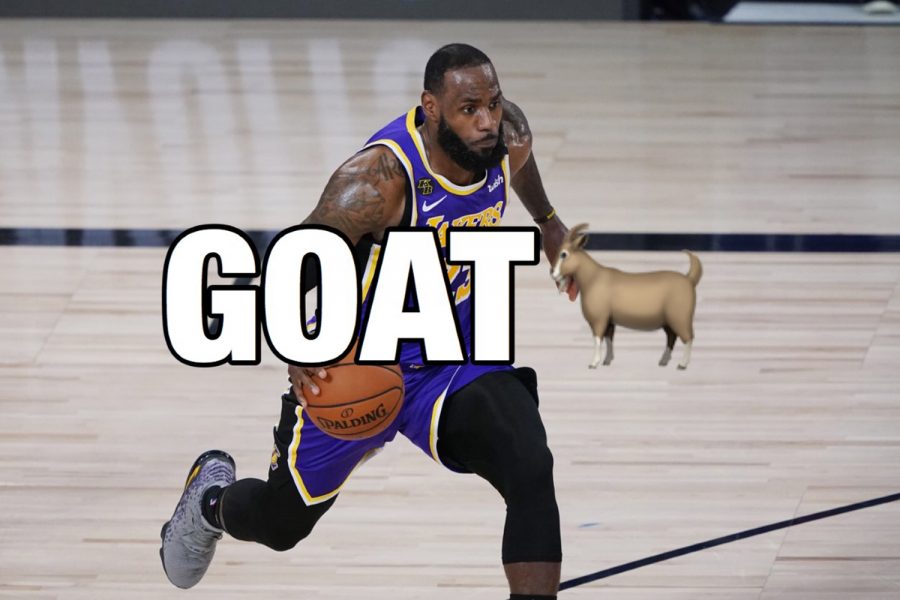 LeBron's most recent championship win with the L.A. Lakers has brought up the question yet again, is he the greatest basketball player of all time?

LeBron’s most recent championship win with the L.A. Lakers has brought up the question yet again, is he the greatest basketball player of all time?

LeBron is definitely the G.O.A.T, and this last championship just proves it even more.

Growing up LeBron was the most hyped up basketball player in the world. ESPN was showing his high school basketball games on TV, that is how dominant he was. He decided to go straight from high school to the NBA. This put a lot of pressure on him. Some critics were saying he was overrated and could never play as good as he did in the pros. For the first time of many, Lebron James proved them wrong. In his first game ever at the age of 18, he scored 25 points with 9 assists and 6 rebounds. LeBron was the most hyped up player ever in the game of basketball, putting a lot of pressure on him to live up to that when he entered the NBA. It was like he wasn’t allowed to be anyone but the best in the league, the fans would not accept it, and now LeBron has consistently been a top three player each season for the past 17 years.

Another reason LeBron is the greatest of all time is because no one has carried a team like LeBron has. After he left the Miami Heat to go back to Cleveland and play with the Cavaliers, he promised them a championship. Every year he was on the team, he came back and took them to a championship. Many people bring up LeBron’s final’s record as a reason why he isn’t the greatest of all time. It is not right for a basketball fan that is anti-LeBron to do this. If you put any other player on that team in place of LeBron, there is no way he will make it to the finals every year, let alone beat the Golden State Warriors in the finals. LeBron beat a team that has the best regular season record ever. When LeBron decided to leave the Cavaliers to go to the Lakers, the Cavaliers quickly fell to the worst team in the league all because one player left. That just shows how dominant he is.

Another reason LeBron is the greatest is because he is the first ever super-star to lead three separate teams to a championship. Many people have been on three different teams and won a championship, but those were just role players. If you took them off the team it might impact the team a little, but not as much as if you take King James off the three teams he won a championship with.

LeBron James has also been in the league for 17 years. It seems like every year he gets better, he finds something to improve on every year and does just that. Age does not define him, he defines age. He just won his fourth ring at the age of 35, and it doesn’t look like he is going to stop anytime soon.