Teacher reflects on tenure dating back to 1985 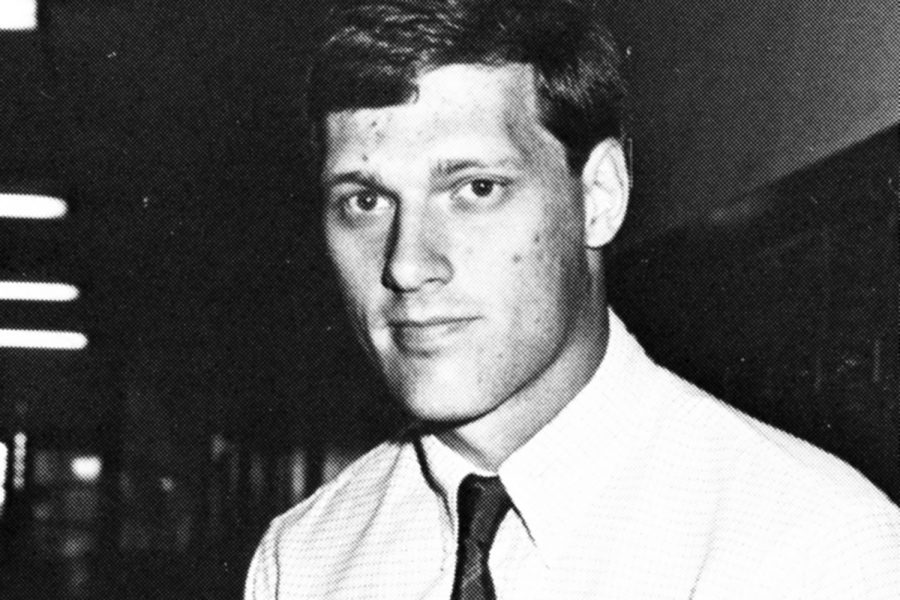 Tom Sothers has been a history teacher at De Smet since 1985.

After graduating from SLU and looking for a teaching job, he stumbled upon De Smet Jesuit. Thirty-six years later through fashion trends, technological advancements, and even a pandemic, he is still here. History teacher Tom Sothers has no plans of leaving in sight.

Sothers was the Head Cross Country coach for his first 20 years, before venturing into other leadership roles like head track coach, head swim coach, moderator in NHS, helping with scholar-bowl for 15 years, starting the mock trial team, and his own 20 year long history club.

“I like St. Louis and this is a great place to work,” Mr. Sothers said. “I’ve been involved with a number of clubs, there is always something new here to do.”

Throughout his 36 years of service at De Smet Mr. Sothers is very grateful for all the students and parents who have helped him along the way.

“We have really awesome students and incredibly awesome parents,” Mr. Sothers said. “The parents are really supportive of the students and support the teachers really strongly, making a great community.”

Sothers is among other veteran teachers who also admire his hard work and grit towards De Smet. Teacher Jim Walsh is the only remaining, current teacher who has had a longer tenure than Sothers.

“Since his first day in the building, Tom Sothers has consistently dedicated himself to the continuing growth and improvement of the De Smet Jesuit community,” Walsh said. “I cannot think of anyone who has been more personally involved with so many facets of our school. Whether it be working with a team, club, organization, faculty member, or student, Mr. Sothers is one of our very best examples for the ideals of Magis and Cura Personalis.”

Mr. Sothers runs a number of clubs, making him interact and be active in students’ lives in and out of class. Mr. Sothers also teaches summer electives on the Civil War, Modern European History, Vietnam War, and World War 2.

“I respect his no nonsense attitude in the class,” Senior Henry Right said. “He continues to maintain his expectations for his students at high marks, constantly pushing us to get there.”