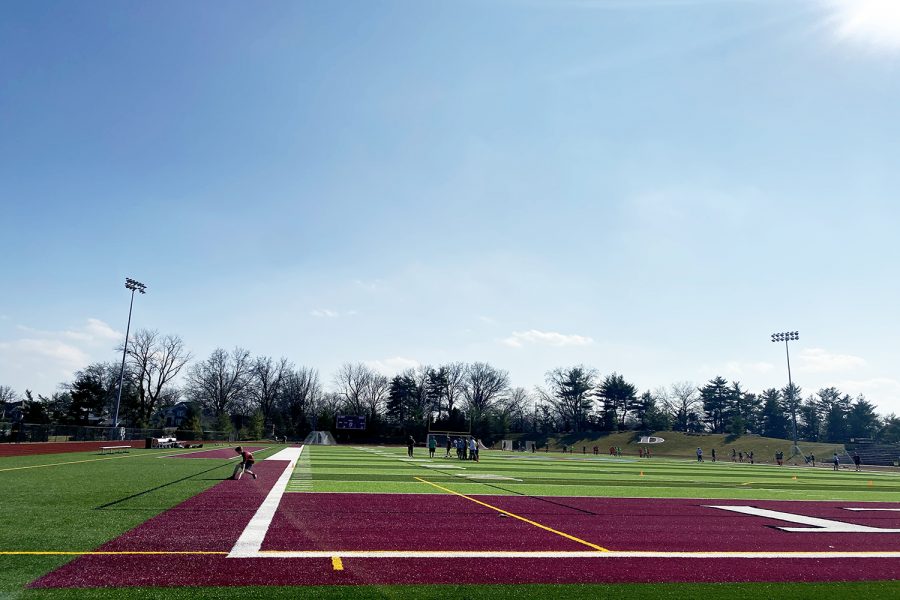 As coronavirus spreads across the world precautionary measures begin to take place including school closures. De Smet announced March 15 they would shut down school and move to remote learning until April 3. This also means a total shut down of all spring sports. As of right now all after school activities are suspended. MSHSAA expects the situation to be fluid and can change.

“If the campus is closed sports practices and games will be canceled,” Principal Kevin Peolker said. “We have a need to distance ourselves from the building and each other so sports would have to be in the same boat.”

Sports fans like senior Justin Rothermitch have gone into shock as the Big 10, The Big 12, the SEC, have shut down their tournaments. The MLS, the MLB, NASCAR, the NBA, the NHL, and XFL have postponed their seasons. The Masters and the PGA tour have postponed their golf tournaments as well. The NCAA has shut down all tournaments and gameplay including the NCAA tournament This also might even affect the Olympics which is supposed to be held in Tokyo, Japan this summer.

“I feel most bad, not for me because I can’t watch the NCAA tournament, but for the seniors who worked so hard to get to their last tournament and now they can’t even play in it,” Rothermich said. “It is a brotherhood for these players and to have the season taken away is awful.”

Sports are just as susceptible to closures because of the close contact with others not only in practice, but with totally different schools. Along with that there is also contact between fans like parents and students which could aid in spreading the virus.

“This going to have to be on a game by game basis,” Athletic Director John Pukala said. “Unfortunately this is probably going to result in a condensed spring season. We will try to reschedule as many games as we can, but we have a referee shortage so if these games get pushed into a couple of weeks they may not be able to cover them all.”

Teams will lose at least three weeks of practice and for teams like water polo this can set them back weeks further than that in conditioning and endurance.

“This is super frustrating for me and my team,” Senior captain of the water polo team Nick Miller said. “We have been working really hard at every practice, waking up at 6 AM for morning practices, and working on the weekends. When you think that this could wipe out weeks of the season it is easy to think that all this work isn’t going to mean as much.”

The administration is continuing to learn more and more about the virus and face the possibility that the whole season could be shut down.

“Hopefully when the weather improves and gets warmer the virus hopefully goes away,” Mr. Pukala said. “[A total shut down of spring sports] would be horrible. I would hate to see that, I would feel awful for the kids and especially the seniors.”