Comeback of the houses

The history behind houses at De Smet 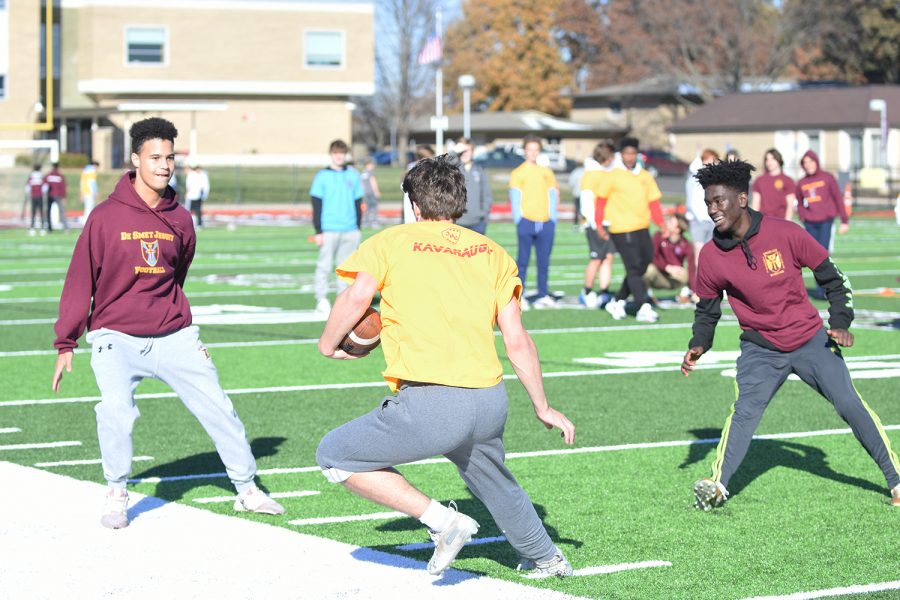 Students from the Gonzaga and Kavanaugh houses take part in a football game during house day on Nov. 15

De Smet is now entering into its second year with the new, reintroduced house system. After almost four years without houses, or any system to facilitate student unity, both Stuco and the De Smet administrators agreed it was finally time to revive the program.

Students saw the house system as an important way of building inter-class relationships and school unity.

“Stuco obviously thought that they wanted to find an event that would get a lot of people involved,” Stuco and house committee member Roger Melton said, “they wanted people to be involved in something more than just school pride itself and maybe a little bit of inter class competition. To form relationships between kids of different grades.”

However, despite already successfully re-implementing the house system, Stuco hopes this time the house system will be something much different from its predecessor.They hope to not only provide a fun environment for students to enjoy and show school pride, but also a place to form meaningful relationships.

“The old house system mostly rewarded kids for being in clubs and going to an event,” Mr. Russo said. “What we are trying to do now with these bigger events is put people either on teams or have the guys kinda operate by competing with each other through these events. Basically what we’re thinking is that if you put kids in the same room doing something fun, some relationships or some connections with start to form.”

Not only does Stuco hope to form strong relationships through shared experiences of fun through the house system, but they also hope to provide a certain type of identity to students not already seen. They envision houses become a staple of the school’s and students’ identity.