Why we can’t compare sports players

Comparing sports players is a waste of time 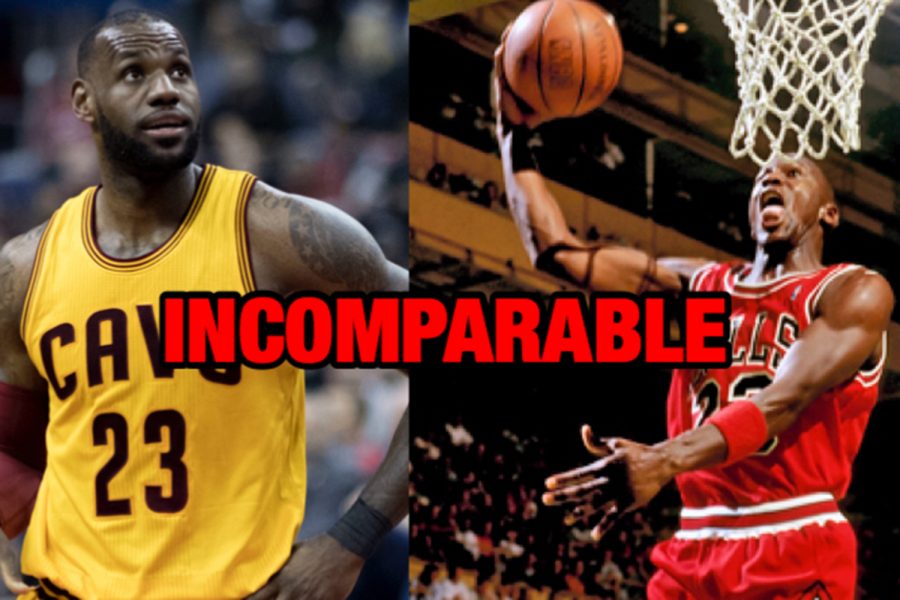 As the NBA season warms up the comparisons between players do as well. All sorts of players are being compared to the other players in the league, Luka Doncic and Trae Young, Steph Curry vs Kyrie Irving the list goes on. As the new 2019-2020 season gets rolling, LeBron continues to leave his legacy on the NBA which cues the analysts to continue to compare Lebron to the greats of the past. Comparing players from different generations is pointless.

After LeBron missed out on the playoffs for the first time since 2005, fans started speculating if he was the greatest. But, if getting stuck on comparing players to other greats fans stop appreciating their play and only look to compare them. The NBA is a different game now than it was a generation ago, different rules, different coaches, different plays, and different players. Comparing LeBron versus Jordan is useless because Jordan played in a time where basketball wasn’t the number one sport in America and also where the defense was more physical and there was more leeway with fouls. While LeBron plays in a time where there are more fouls called, the league is bigger than in the past, and the game is played faster than ever. The game is so far from what it was during the creation that comparing players is downright silly. Critics say that stats are stats no matter the era of play the numbers speak for themselves. This is wrong because the difference of style of play between the eras. It is a three point, speed based league with centers taking a smaller role now in comparison to the past. During the creation of the league there was no shot clock and no three point line so the pace of play was deadly slow and the art of passing was imperative. Some fans say you can compare players between the generations by the amount of championships a player has. This is a stupid comparison because championships can be earned, but some are given. John Salley has four championship rings, by riding the coattails of the greats. People say Bill Russell is the best player of all time, by comparing his ring count to those of today, but the size of the league during his career was 14 teams, compared to the 30 teams in the league today.

If fans were to stop comparing and enjoy the game and the players within it, not only would the enjoyment of the game increase but it would take out a lot of the toxicity that is in the NBA already. Bottom line, stop comparing players from other era’s and start enjoying the game being played.