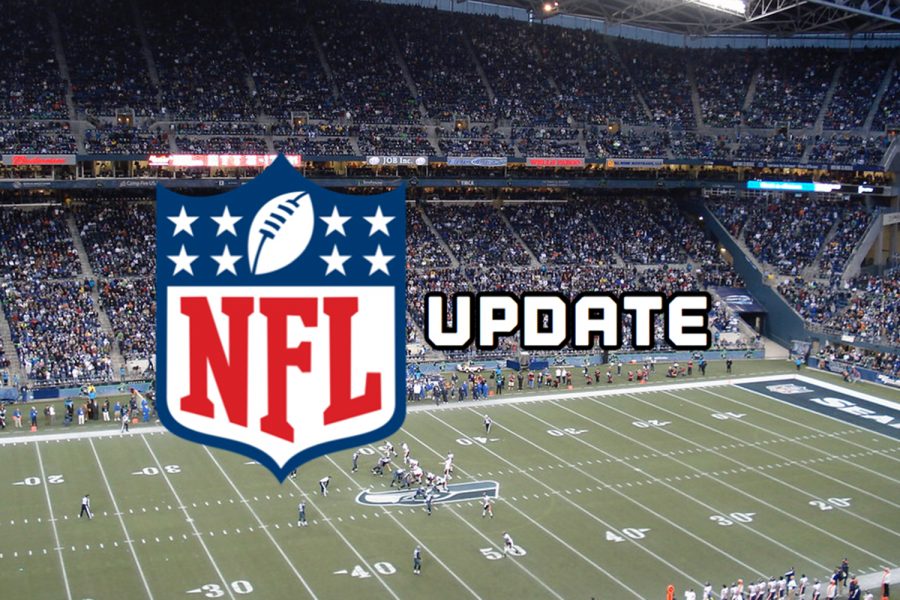 The Super Bowl matchup is set for Sunday, February 2nd.

This year’s NFL season has been a whirlwind. There are still teams that are under performing, the Bills are having a great year, the 49ers are undefeated, and yes, Tom Brady is still dominating.

The NFL MVP race has taken a ramp up as many players have made their case known for the award. As of late, Aaron Rodgers has been performing very well with the Green Bay Packers and leading them to a strong record in the NFC North. As of week nine, Rodgers has totaled 2,485 passing yards, 17 touchdowns, and just 2 picks. In the NFC West, MVP candidate Russell Wilson and the Seahawks are sitting in at second place behind the undefeated 49ers. Wilson has also had a very strong season as he has thrown 2,505 yards, 22 touchdowns, and only 1 pick through nine weeks. In terms of the ground game, Christian McCaffrey has been absolutely tearing it up for the Carolina Panthers. Because of Cam Newton’s injury, the Panthers have had to give McCaffrey a larger workload because they are limited in what they can do in the air with backup QB Kyle Allen filling in for Cam Newton. McCaffrey has totaled 881 yards and 10 total touchdowns through nine weeks of the season.

Somehow, a couple of teams are still on the hunt to get their first few wins of the season. Both the Dolphins and Bengals are having lackluster seasons. Recently, the Bengals benched veteran Andy Dalton and named backup quarterback Ryan Finley the starter. The Bengals are desperate in finding any way to win possible with a season that has their status almost done and dusted as they will most likely miss the playoffs. The same goes for the Dolphins as they are 1-7 on the season. They recently picked up a strong cornerback in Aqib Talib as they received him and a draft pick from the Los Angeles Rams. A win at this point for either team is something special for the franchise at this point in the season.

Two particular teams in the NFL are absolutely dominating. Ironically, the two teams have former New England Patriot teammates quarterbacking them. Tom Brady and Jimmy Garoppolo are both having stellar seasons with the Patriots and 49ers. Tom Brady’s name speaks for itself, as he is looking for his seventh Super Bowl championship for his career. With New England’s defense playing out of its mind, another Lombardi Trophy could be in the hands of Tom Brady this February. Jimmy Garoppolo has had solid numbers this season with the 49ers. He has thrown for 1,806 yards and 13 touchdowns across nine weeks of the season. Although the Niners don’t have the personnel that matches up with the Pats, they are still a strong contender to go far into the playoffs this season.