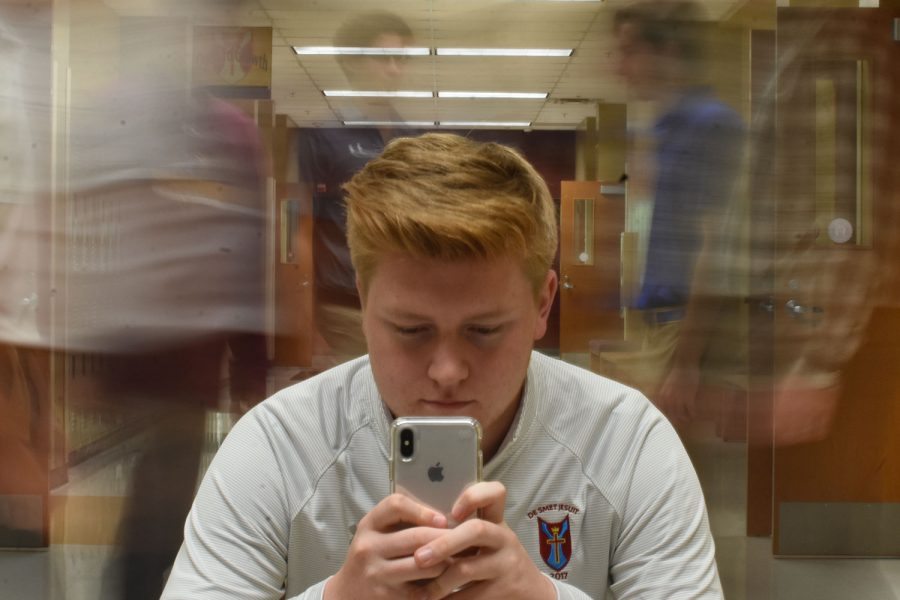 Phones have become such an everyday part of our lives that sometimes we don't realize what's happening in front of us.

Social media was first created in 1997 with the goal of letting users create a profile and friend other users. Since then, it is exploded in popularity especially among members of generation z (people born from 1995-2005). The purpose behind it is good, but unfortunately social media has actually had a reverse effect on many teens.

Face-to-face social interaction is strongly connected with humans well-being, while it’s not as clear what happens when interactions occur virtually. Brian Primack, director of the Center for Research On Media, Technology and Health at the University of Pittsburgh conducted a study on social media’s connection to social isolation. He found that people who spend more than two hours a day on social media have twice the odds of social isolation than those said they spent a half hour or less on social media. Teens don’t need to disband their social media accounts, but it is extremely important to be careful when monitoring how much time one spend on it. Social media can be very superficial. It can almost be a popularity contest between teens.

Teens now a days get so wrapped in how many followers they have or how many likes or views they get. And if they are expectations for their accounts are not satisfied they feel sad and depressed. Real happiness isn’t going to come from having the most followers on Instagram, it’s going to come from the interactions you have in person with the ones you love most. It’s not trying to emulate other peoples lives that you see online. The more time teens spend on the weekends looking at the fun others are having the less time they have to go out and have fun themselves. And if this pattern continues for a teen, weekend by weekend, the odds for them to develop isolation or depression skyrockets.Try and go on a social media detox for a week or so and see how it feels.

Taking a break from constantly viewing social media isn’t the end of the world. In doing this, teens will have more time to socialize and less time to look what they believe their missing out on. Which in the long run will help improve your social skills. Improving your social skills will help you meet more people and develop better relationships that can help remove you from isolation.