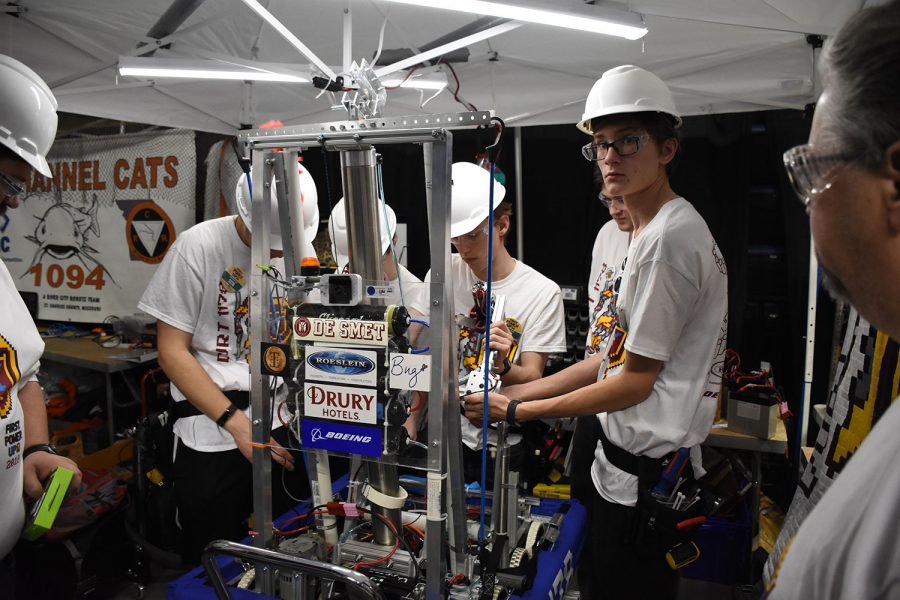 DuRT scrambles to repair all the damage done to their robot from previous matches.

DURT, team 1178, went 8-2 in the qualification matches at Chaifetz Arena to finish second in the standings and advance to the playoffs.  There, as captain of Alliance 2, they advanced all the way to the championship round, before falling to Alliance 1, led by Tremont High School in Illinois.

This is the first time DURT has qualified for the world championship event.