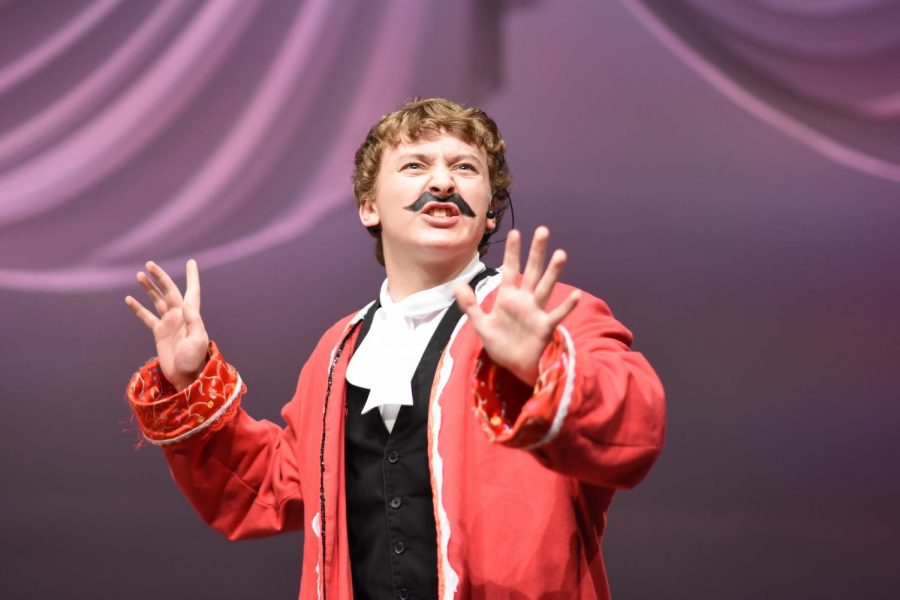 Junior Camden Brazile performs as the pirate Black Stache in Peter and the Starcatcher. Brazille is one of five students to compete in the state one-act performance of "Mere Mortals" by David Ives.

“We all felt pressure to win, especially since the previous year’s competition one act ‘Hidden in This Picture’ was fantastic,” Brazile said. “It also went on to the State competition.”

Fellow team members Alex Bentele, Jack Laurie, Joel Roth, and Jonathan Boyle all played a role in the production of “Mere Mortals” by David Ives. They are eager to get moving on to the state competition.

Besides the stage manager and senior John Boyle, the cast consisted of all sophomores and juniors, making it a young cast and a returning crew for next year.

“I think this victory will greatly advertise the De Smet Dionysian Players (DDP) to other schools and potential students interested in theatre,” Brazile said. “I have a good feeling about this year’s competitive chances.”