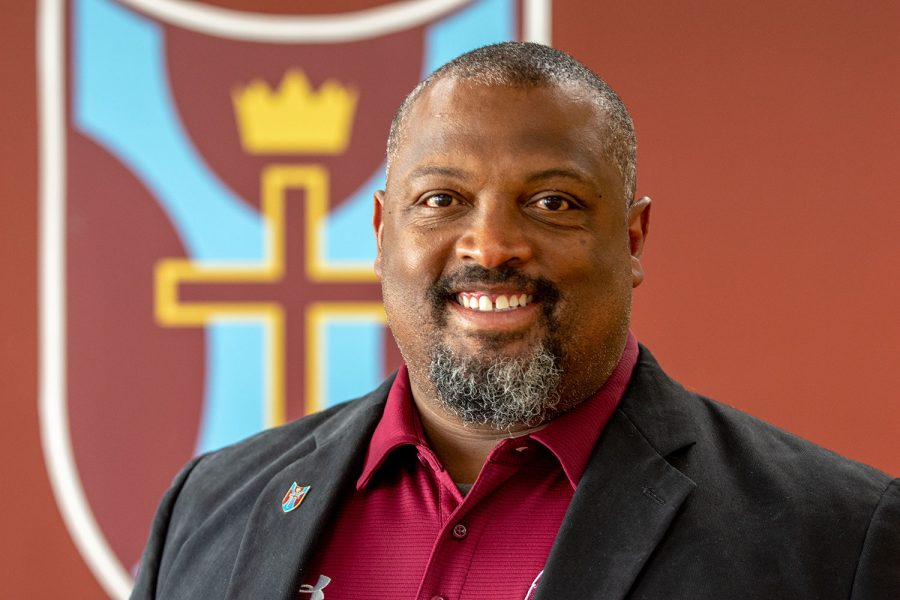 John Merritt is the new head football coach. He was introduced Thursday to the football family at an evening gathering in the cafeteria.

Mr. Merritt is departing from John Burroughs School, where he has served as Head Football Coach since 2013, a member of the social studies department since 2011, and an Assistant Track and Field Coach since 2011.

“Teaching and learning are vital parts of my life,” Mr. Merritt said. “I’m an educator. My platforms of choice are the social studies classroom and the football field. The Xs and Os are fun, but I am actually about relationships, education, human interaction, and commitment to others and self.”

“We are thrilled to welcome Mr. Merritt to De Smet Jesuit,” Principal Kevin Poelker said. “He is a gifted coach and educator who has dedicated his career to the formation of young people on and off the field. We are excited for the impact he will have on the lives of our young men.”